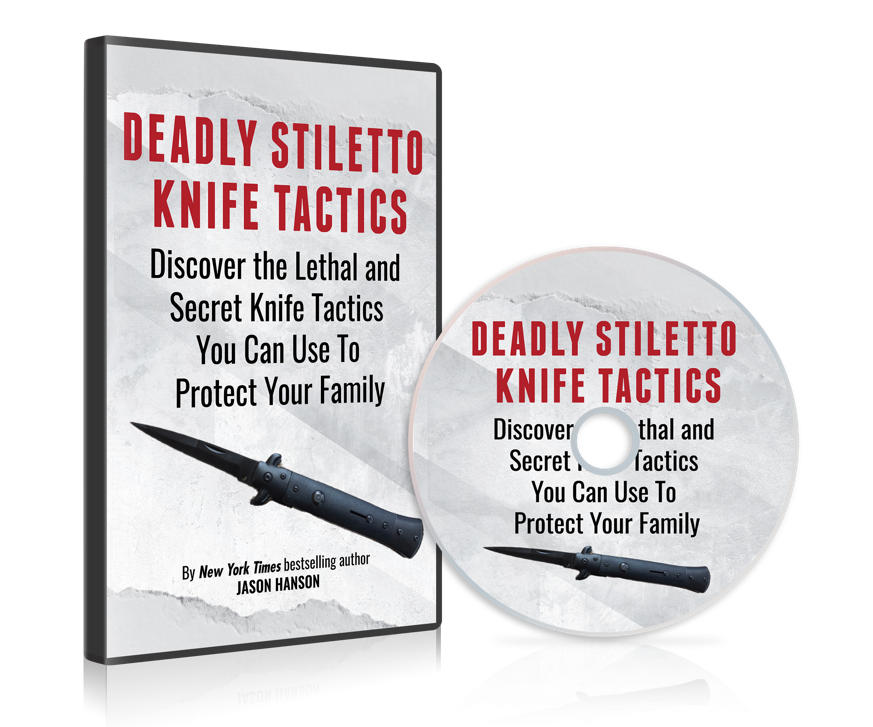 Used in The Jungles of Vietnam to Eliminate Charlie in 3 Seconds.

From the desk of:Jason HansonFormer CIA OfficerCedar City, UTDecades ago, deep in the damp, dark jungles of Vietnam…
A group of U.S. Special Forces Soldiers and their CIA “Black Ops” counterparts came across several Viet Cong combatants.
Their eyes locked… knowing a single sound would alert the enemy camp nearby, almost guaranteeing the death of these elite American soldiers.
A Viet Cong man reached for the pistol on his hip.
But, as he was getting ready to fire at the soldiers…
One of the operatives grabbed the enemy from behind and used his special knife to silence the Viet Cong sentry in seconds.
Suddenly, another person rushed the operative…
Yet, in the blink of an eye…They met the same fate. The U.S. forces were able to move onward without so much as a peep.

You see, these operatives had to be silent.
They were conducting offensive attacks against the enemy…
But, were technically “never there.”
They had to act like ghosts.
They operated from the inside — wearing Asian made uniforms lacking any identifying markings.
And had…NO dog tags…NO identification…NO American communication equipment.They were truly on their own when push came to shove. Which is why they needed the training and a weapon that could swiftly eliminate their enemies…
Without causing a disturbance.
Thankfully, they had just the weapon and training to do it.It’s called Deadly Stiletto Knife Tactics…And it’s stunningly effective.

And today, I’m going to rush you a free copy of my new DVD that reveals these tactics. It might just save your life if you ever need a knife to defend yourself.
Plus, not only am I going to give you the free DVD…
You’ll also immediately qualify for a FREE Stiletto knife.
The same Stiletto knife I use in the training DVD…
The same one I carry daily.
And the same one I highly recommend you carry as well.
So, read on to get both your free DVD and free knife.