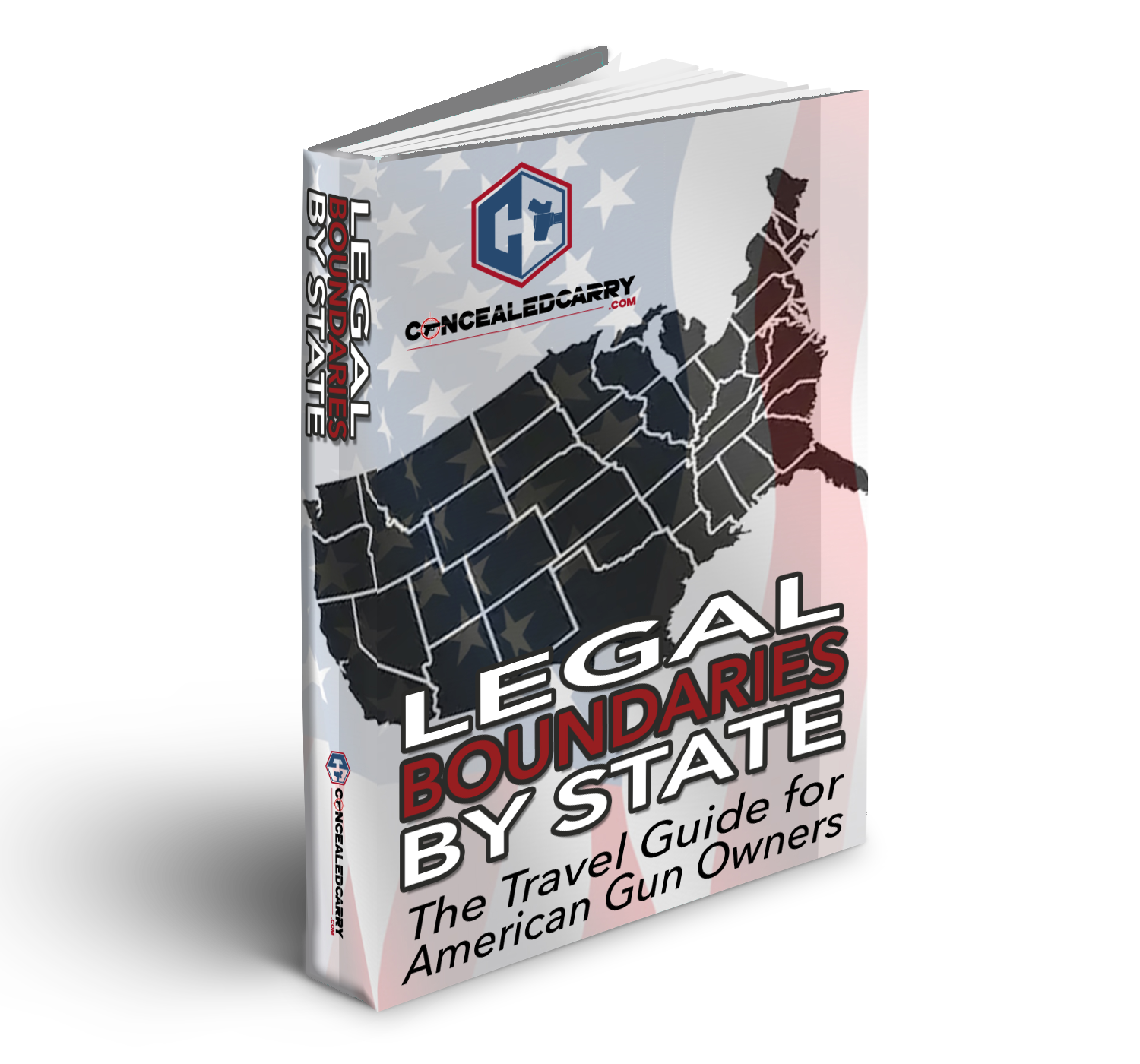 What is this eBook about?From ConcealedCarry.com comes an easy to read resource to help travelers navigate the confusing patchwork of gun law from state to state. Easy to access from any digital device including your phone, know how to be legal AND armed anywhere you go.

How Often Do We Update The Content?Laws change… and we are committed to keeping you informed. We update this book at least twice a year and if you include the digital book in your order you will have PERMANENT access to the latest version of the book forever.

HURRY! This Offer Won’t Last Long!This eBook Will Give You All Of The Information You Will Need To Cross State Lines With A Complete List Of Laws And Regulations, such as: